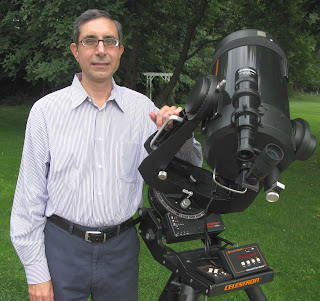 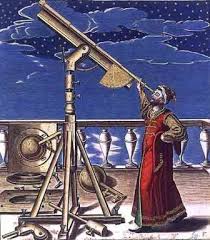 We observed the eclipse at Tallmadge Meadows Metropark in Munroe Falls, OH.  The photos are taken from the eyepiece projection screen using a 60mm Bushnell Sky Chief II telescope.  I cropped, rotated, and enhanced the contrast and brightness of these images for this posting. 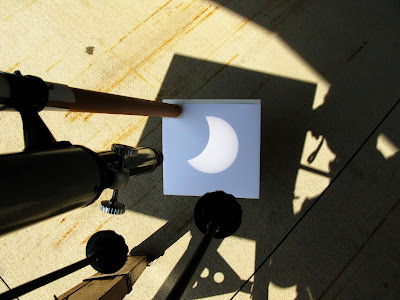 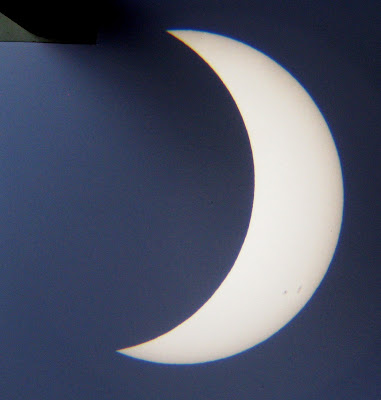 I shot these just before dawn (around 6:40 AM EDT) as the full moon was emerging from totality, hanging low in the western sky.  The scattering and refraction of light from earth's atmosphere casts a copper color over the moon's surface even when it is totally eclipsed by the earth's shadow.

The silhouette of a tree (right) and rooftop are barely visible in this photo: 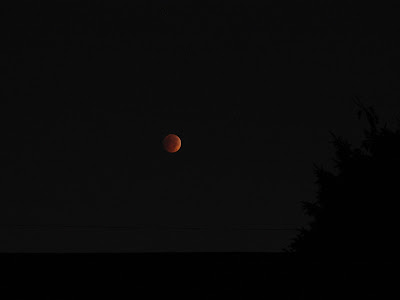 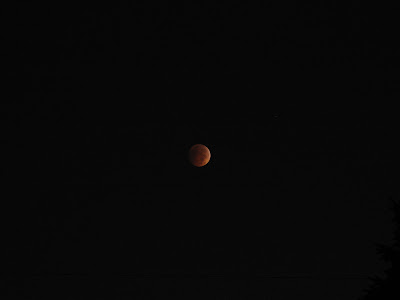 This was the last Transit of Venus across the disk of the sun that we will see in our lifetime.  About 200 people attended the event at Fishcreek Elementary school in Stow, OH, under the direction of my friend and long-time astronomer, David Jesse.

Digital photos of the transit were taken from an eyepiece projection screen using a 60mm Bushnell Sky Chief II telescope (yes, its practically an antique!).  The telescope set-up is shown in a photo below. I enhanced the contrast and brightness of the images for this posting.

The event was plagued by clouds and rain until the last 20 minutes or so when the sun finally appeared through a broken sky. The last pictures were taken as the sun was descending below the treeline.


Please note:  The small dots near the middle of the disk are sunspots. 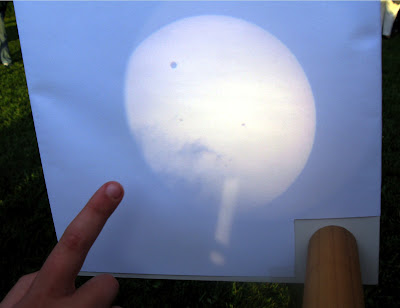 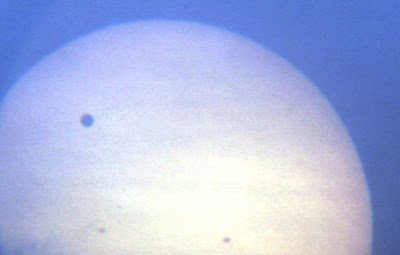 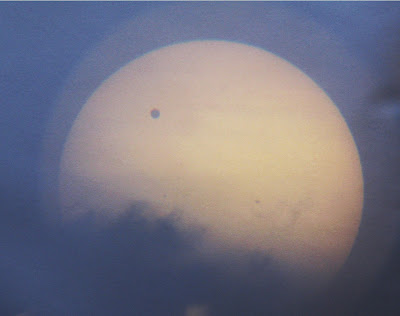 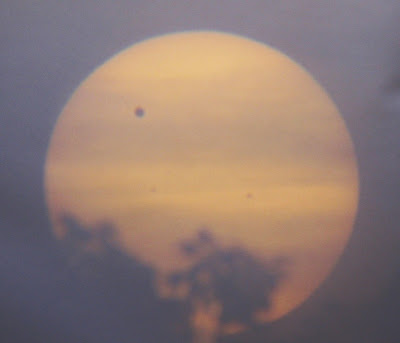 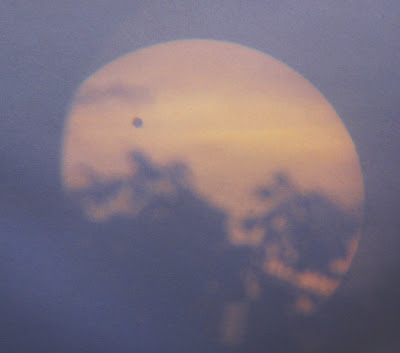 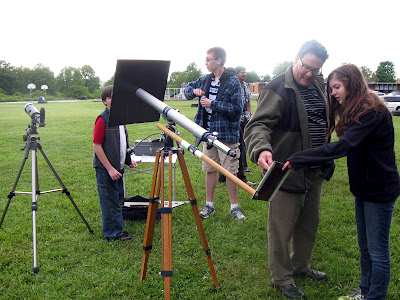 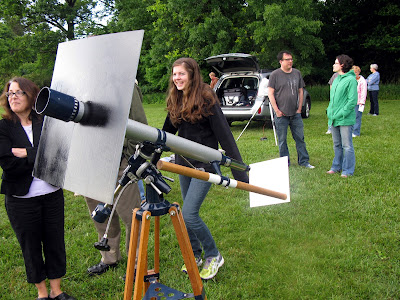 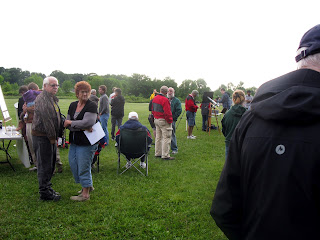 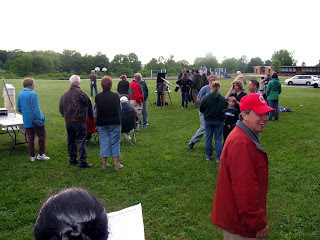 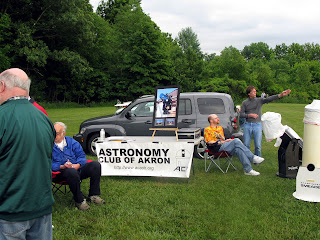 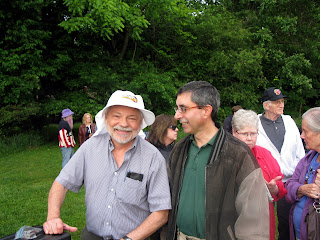 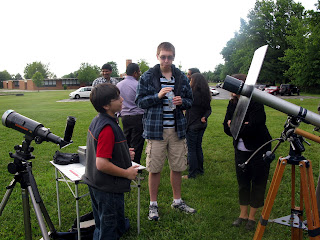 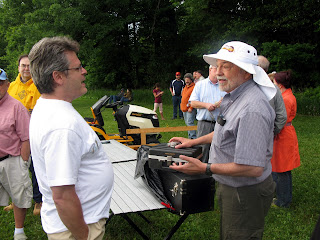