My New Book Now on Amazon

I have made every attempt to present an even-handed, nuanced analysis by considering important differences among Muslims, looking carefully at the statistical data on Muslim beliefs and practices from numerous polls, and analyzing the ingredients which would be required to bring about cultural and political change.

The book concludes by examining actual instances in which Islamists are changing, or might be changing, Western culture in regards to free speech, religious hatred and violence, antisemitism, education, and entanglements with Islamic extremism. 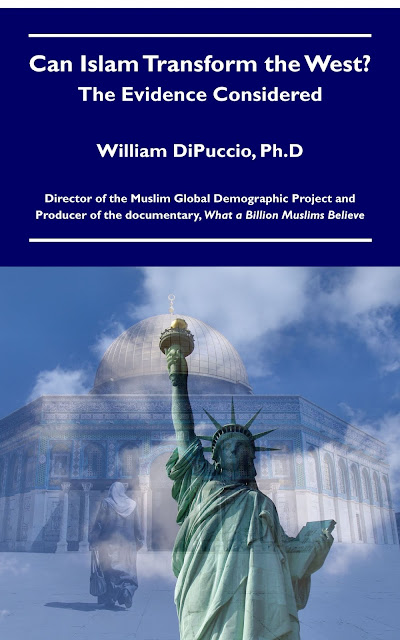 Posted by Bill DiPuccio, Ph.D. at 2:33 PM Links to this post

Is the Quran a Unique and Original Revelation?

"Tales of the Ancients":  Origins of the Quran from the Jewish Talmud

Islam has set a very high bar for the Quran.  In claiming that the words of the text are uncreated, eternally existent, and dictated by Allah, Islamic scholars give little consideration to the historical formation of the text and the impact that culture, personality, and style have on writing.  By contrast, the Christian view of inspiration recognizes that God speaks in and through human prophets and writers according to their understanding and their historical limitations. Consequently, we would expect to find references to ancient literature in Scripture (e.g., Paul quoted Menander and Epimenides) and vast differences in style between writers.  But, none of these diminish the spiritual and moral principles which God revealed.

Though this essay does not address the question of divine revelation of the Quran, it does show, using source criticism, that the Quran is neither wholly unique nor wholly original as many Muslim scholars claim. It is a historical document with traceable antecedents.  This, in itself, is not necessarily a criticism of the Quran (though many Muslims perceive it that way), for the Bible also has many historical and cultural antecedents.  But the Quran also recasts Biblical texts and events by uncritically appropriating Jewish stories that were widely known to be embellished with fictional and mythical elements centuries after the fact.   This poses a serious challenge the claim that the Quran is unique, original, and historically accurate. 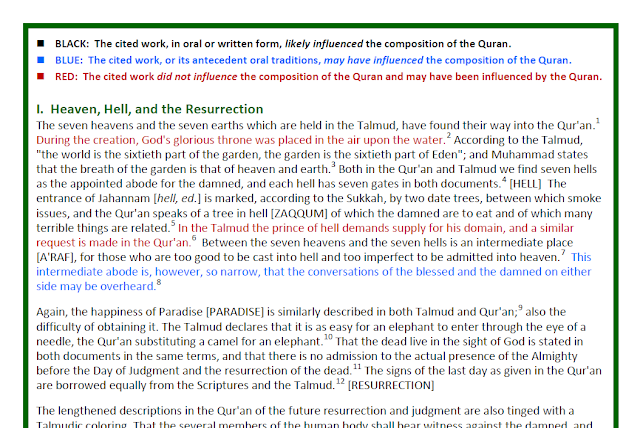 Posted by Bill DiPuccio, Ph.D. at 9:11 PM Links to this post